back to search results

Cateme resettlement, Tete province, Mozambique. Workers of the construction company CETA repair the cheaply built and cracked houses. Houses are built on plastic sheets only and lack a solid foundation, cracks are the result. After protests in february 2012 broke out, Vale promised to improve the situation. 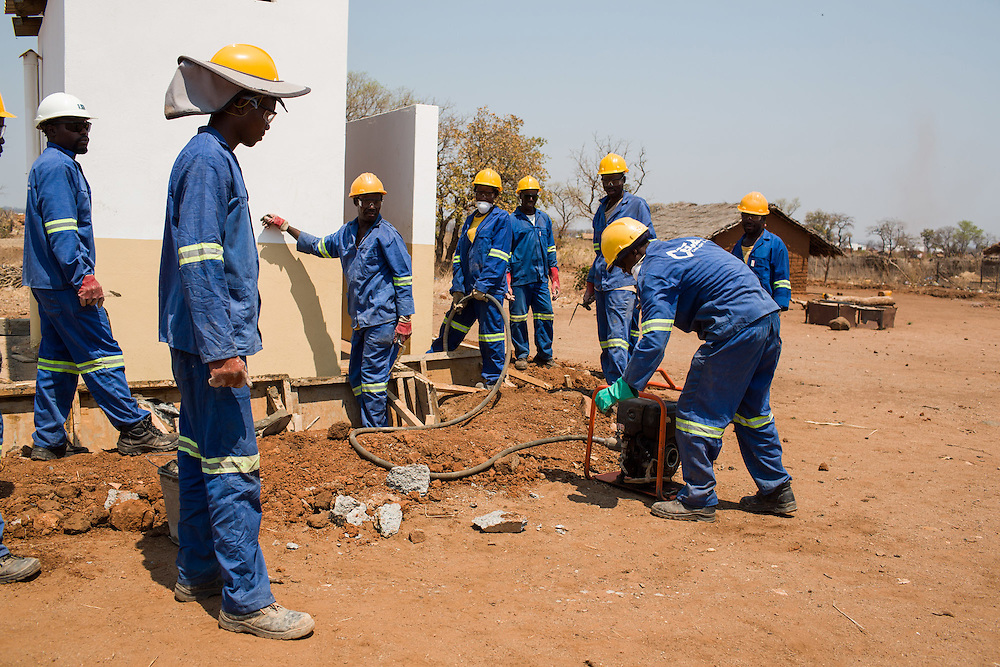