Artist Adam Tellmeister at his Studio in Berlin Prenzlauer Berg.

Adam Tellmeister was born in Switzerland and refused to join the military in 1984 leading to being sentenced to several month in prison. Adam Tellmeister then fled Switzerland, via Italy, Germany and Holland he sought political asylum in East Berlin (GDR). After the reunification of Germany he resettled to West Berlin where he resided without legal documents for several years. Even though Adam is torn by homesickness he never came back to Switzerland. Photo by Gregor Zielke (Photo by Gregor Zielke) 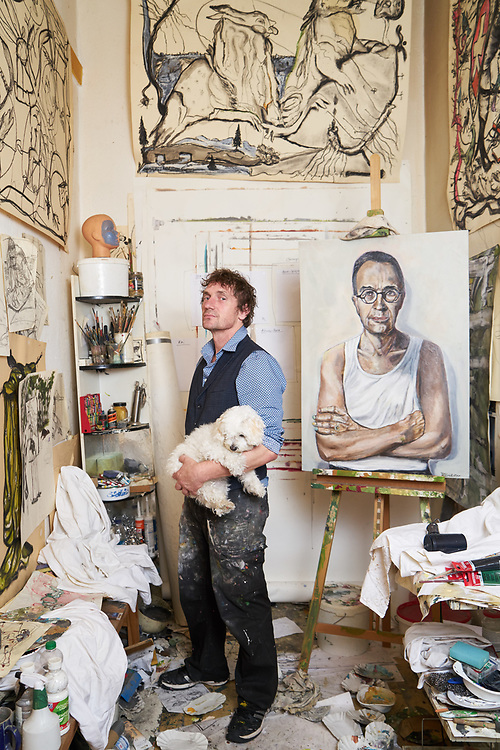