Rabbi Shlomo Afanasev and some friends celebrate Sukkot in his sukkah in a backyard behind his house in Berlin. The orthodox family is part of Kahal Adass Jisroel, an orthodox community situated in Berlin's neighborhood Prenzlauer Berg and supported by the Ronald S. Lauder Foundation.

Jewish life in Germany occurs in a myriad of ways – being Jewish is just as much a question of identity as it is one of religion. The Jewish community in Germany is however fairly small, official numbers state that only about 96.000 Jews live in the country. Often only perceived through debates of anti-semitism and holocaust commemorations and displayed in the media in a stereotypical way, I aim to explore everyday life of contemporary Judaism in Germany in all its facets and diversity. (Photo by Gregor Zielke) 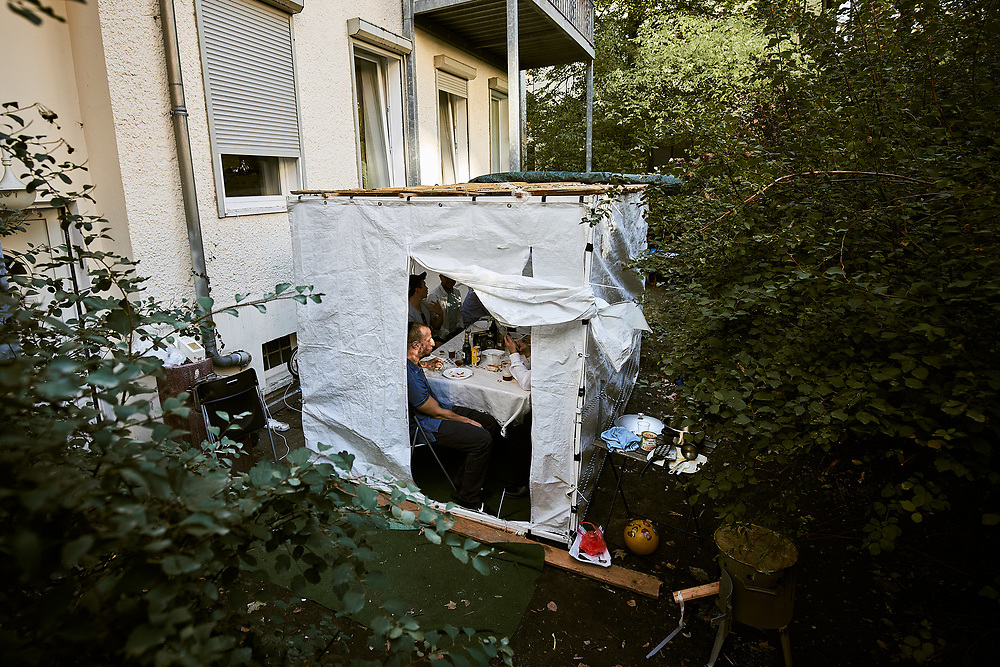