Students joke around during lunch break in the newly built boarding school. It is difficult for families to send their children to school due to the lack of income because of missing infrastructure. Most students come from other towns and villages and stay in the school during the week.

Mozambique has attracted two of the world’s largest mining companies – Brazil’s Companhia Vale do Rio Doce (Vale) and the Anglo-Australian multinational Rio Tinto – to extract coal from the huge fields in Tete province. In an effort of exploitation, over 700 families from the villages of Chipanga, Mitete, Malabue-Gombe and Bagamoyo were resettled to Cateme village, a Vale resettlement compound. Vale deliberately divided the communities in two with employed villagers moving to 25 de Setembro since it is closer to Moatize and the coal mine. The unemployed were resettled to Cateme, 40 km from the original town. While the most immediate problem of the community is the enormous distance to Moatize, their old habitat, they also suffer from unproductive farmland which can only be reached via a two hour walk, no access to markets and infrastructure and poorly constructed houses not fitted to the people's needs with temperatures inside reaching as high as 55° C due to the construction with tin clad roofs. 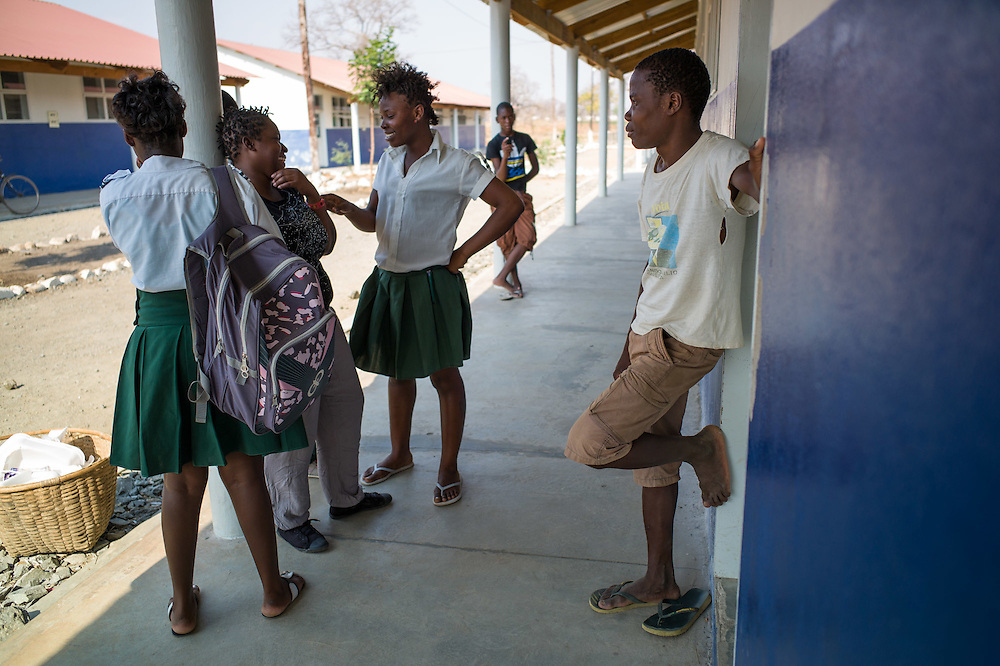