Near Chipanga village. Workers, originally resettled to 25 do Setembro, returned to their brick manufacture in order to earn a living. Now they sleep in the pit five nights a week and only return to their families on the weekends. 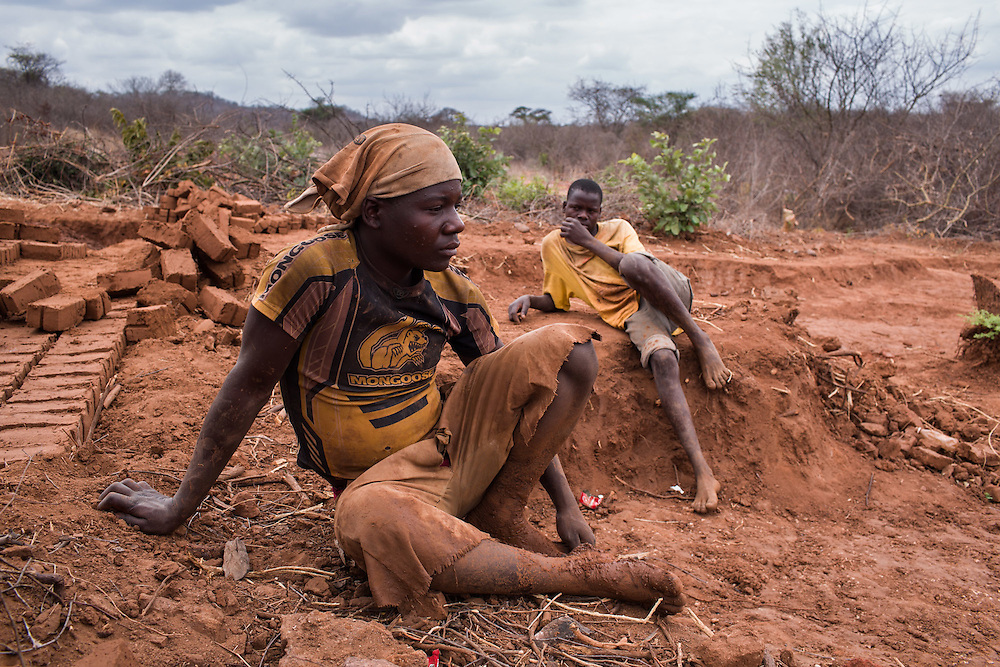